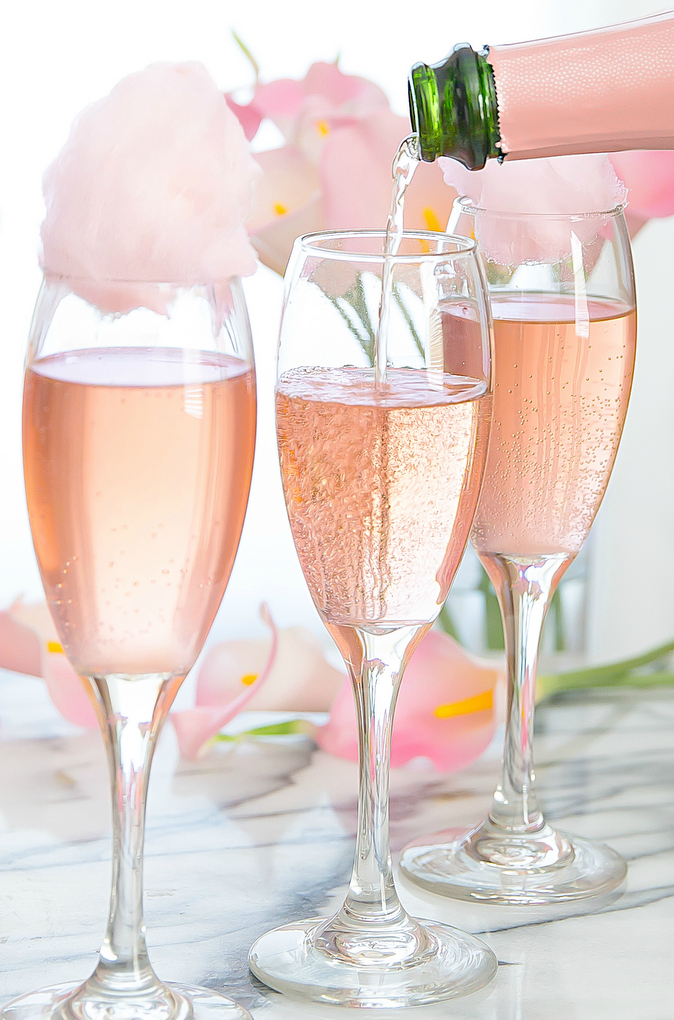 Champagne has been associated with refinement and aristocracy for centuries. From Napoleon Bonaparte, Czar Nicolas Romanov, (Russia’s last royal) and Oscar Wilde, (the famous 19th century British playwright, poet and novelist), to the “God-gifted” composer Mozart, the inebriating golden nectar has allured palates into a love affair that has lasted well into the 21st century.

Champagne is a ultimate gastronomic indulgence for celebrating opulent and momentous events such as weddings, births, business acquisitions, maiden voyages of luxury liners, and auspicious social affairs like Wimbledon and Ascot. The sound of its popping cork evokes emotions of happiness and excitement.

The world-famous vino fills glasses with millions of happy bubbles and as one sips this superb mellifluous drink it slowly soothes the body and mind – no wonder, Champagne is the most popular and sought-after wine in the world.

The Romans are credited with expanding the planting of vines throughout the Champagne Region and the rest of France. In recent times, geologists have found fossils that support the theory that vies were already growing in the region over 60 million years ago.

In the Middle Ages, wines in general were unpalatable until a young unassuming French monk named Dom Pérignon from the Benedictine Abbey of Hautvillers discovered the art of Champagne making – hence the introduction of sparkling wine was made to the world.

While experimenting with the process of wine making in the seventeenth century, Dom Pérignon accidentally invented the art of creating Champagne. After a short resting period in bottles, grape juice was transformed into a bubbling liquid as a result of the large quantity of carbon dioxide that accumulated within it – bottles would explode under the pressure. He later recommended that stronger bottles be made and metal wire rather than string be used to hold corks in place.

Before this time, corks were a type of cotton wadding soaked in olive oil. Spain and Portugal eventually improved the technique of bottling with the invention of a new type of cork (from the cork tree), which is still widely used.

Today, Dom Pérignon is known as the pioneer who perfected the technique of Champagne blending. Blending adds distinctive qualities to wine; it can also establish a “signature” for wine makers. Each year the town of Hautvillers pays homage to its native son Don Pérignon by hosting an international wine festival.

The vineyards of Champagne are the farthest north in the French wine region, which is governed by the Appellation Contrôlée (this is a guaranteed place-name for a French wine). For example, in order for a wine maker to use the name Champagne on his wine, the vineyard must be an approved venue within the region.The essential elements for producing quality Champagne are climate, soil and blending. Out of the three, soil plays the key role in the production of exceptional grapes.

The three predominant grapes utilized in Champagne making are Chardonnay, Pinot Noir and Pinot Meunier. Vines are generally planted in rows some three feet apart and about 30 inches from each other and trained along wires, which run the length of the row. Pruning is strictly controlled by law and only a few methods are permitted thus to ensure that the vines give a moderate production of high-quality grapes year after year.

The Champagne area is divided into five major districts and regions – Montage De Reims, Côte De Blancs, Vallée De La Marne, The Aube and Côte De Sézanne. Each produces styles of champagne such as Blancs de Blancs, (a wine that is comprised of white Chardonnay grapes and possesses the greatest aging potential of all champagnes).

Blanc de Noirs, literally translated as “white of blacks,” which is made entirely from black grapes (Pinot Noir or Pinot Meunier, or from a blend of the two); and Rosé, the first record of which is by Clicquot in 1777.

This style has reveled in an infinite burst of popularity ever since its debut. It is the only European Rosé that is made by blending white wine and a minute amount of red. All other Rosé, whether still or sparkling, must be produced by macerating the grape skins and juice to extract the pigments.

Presently, the region encompasses approximately 60,000 acres. Less than a century ago, due to the cataclysmic spread of the Phylloxera Louse, (a parasite that dwells in the roots of grape vines – in destroyed all the vineyards in Europe in the seventeenth century), as well as WWI and WWII, the area was reduced to a mere 40,000 acres.

The region now produces over 20 million gallons of champagne each year, which is sold globally. Some of the most unusual and famous wine cellars are immured deep below the cities of Reims and Epernay – the cities where French kings ascended to the throne. Some of the cellars are 11 miles long and are accessible via stairwells.

During WWII they served as underground shelters; today they provide a better home for wines than refugees. Here wines can rest and mature at a permanent 50 degrees Fahrenheit (10 degrees Centigrade), year round. SM 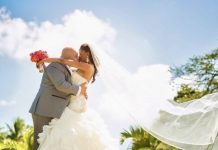 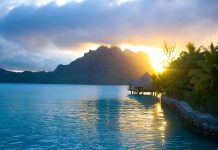 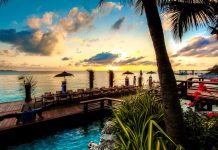 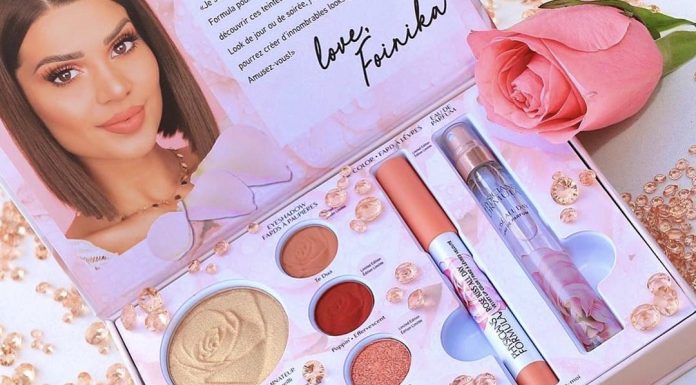 For Spring 2020 treat yourself to the Rosé All Day x Exteriorglam Collection, the latest beauty trove from Physicians Formula. This...
Read more 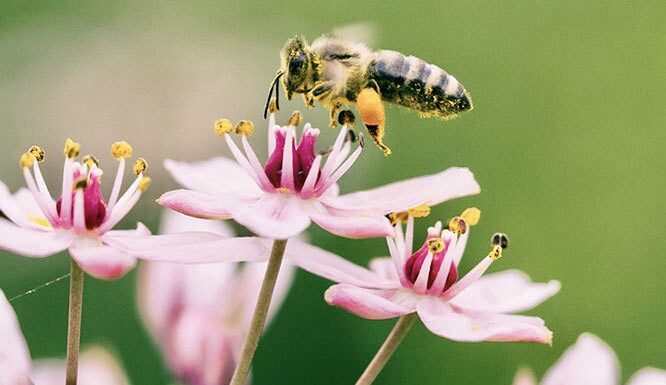 The centuries old idea that one should forsake their needs and be selfless towards others is completely incorrect. In order to...
Read more

The art of perfume is an ancient and complex craft. Exquisite scent can unlock a multitude of emotions and usher in...
Read more 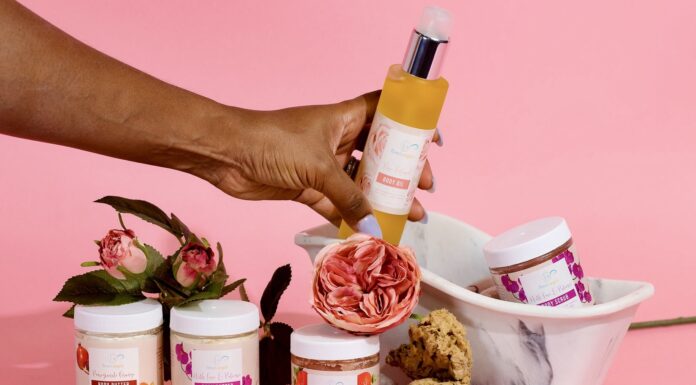 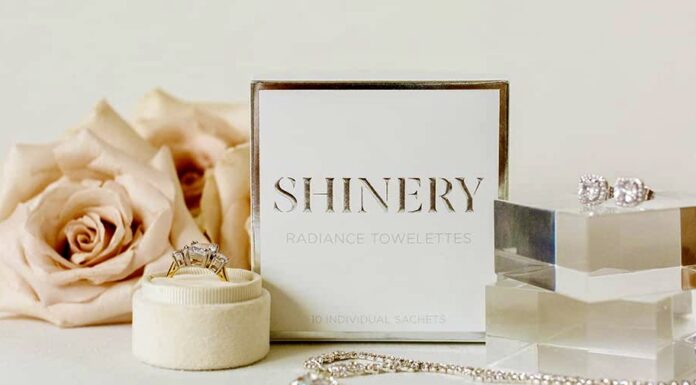 Whether you just got engaged or is simply enamored with your priceless gems, the Shinery Radiance Wash and Radiance Towelettes are brilliant...
Read more